“Ummm…do you have the roof for this car?”

Rain? No, we’re more concerned about finding a drunken Brit asleep in the back overnight!

Never mind, we’d got ourselves a holiday hire car: a Suzuki Jimny. And evidently, the convertible version! Perhaps not quite the full Jeep Wrangler that some would have dreamt of, but this is more than good enough – just look at it!

I guess the absence of that roof meant that central locking was now a redundant feature, but it was at least a good distraction from the rest of the bodywork; the white paint failed to camouflage the numerous scrapes and scars from those who’d previously contributed to the 55000km!

The Jimny did bring back memories of the Mk1 Freelander Softback, albeit one that’d shrunken down in the wash…

…but at least this made parking and piloting through Ibiza old town easier!

Those small dimensions did mean a tiny boot and cosy rear seats though, but there was now a solution to that at least:   if you did get cramp, you could just stand up!

Mind you, we couldn’t help but think of this…

Still, this little Suzuki 4×4 just did everything. It wasn’t just cosmetically injured either; we had a dodgy clutch with minimal biting and the occasional mid-drive slip reminiscent of my previous MK2.5 Focus. Switching from 4-WD to 2-WD did help take the strain off but the Jimny never complained once. It was full of charm, and it just kept on going!

The brakes were good too luckily which, trust me, when winding round the non-barrier’d cliff roads at night, was all we wanted. The handling wasn’t bad either but the low speed limits probably worked in its favour. 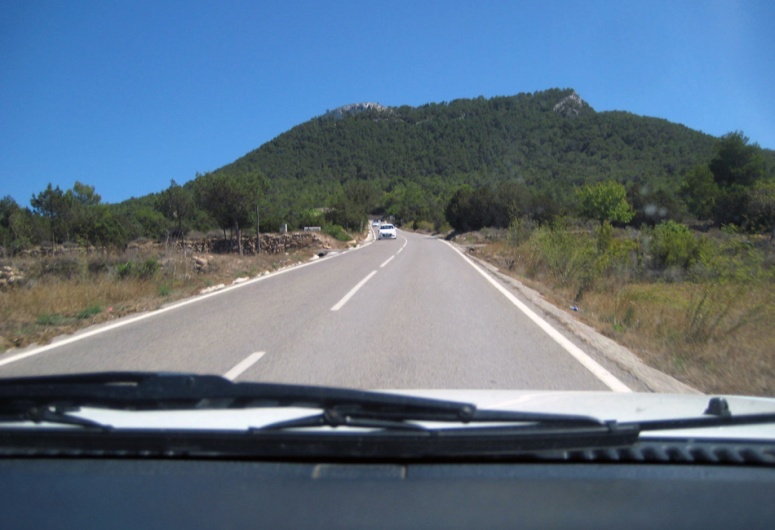 The gutless 1.3-litre engine was smooth enough but it must produce the power of 84 injured horses. Sure, it was nippy enough in town, but it wasn’t keen on revving far beyond 4000rpm – which is a shame considering peak torque is reached at 4,100rpm.

The claimed 14.1 seconds from 0 – 62mph still seems optimistic and having a gearbox that never feels like it’s engaged doesn’t help retain much momentum.

It was a pretty noisy experience though with the abundance of clunking noises. In fact, there was an abundance of noises in general. Wind noise, road noise, transmission noise… the relatively vibration-free engine seemed quite refined in comparison.

But I guess there’s not much you can do when you effectively saw 80% of the roof off. Even when the front canvas roof was reattached, it was suffering from 50km upwards:

Leisurely on-road, but what about off it?

So yes, the shortcomings are plentiful on-road; it’s undoubtedly flawed for the UK, but a Jimny’s pretty much perfect for a small island when tarmacked country lanes just stop and become rubble and dirt tracks!  It could be why American ‘trucks’ seem to work out here too.

And when those roads do stop, it’s pretty enthusiastic at a bit of light off-roading too. With very little weight and a basic suspension  setup (there are no coils at the rear here), the Jimny happily bunny-hops over ruts with a surprising amount of vigour.

At which point, both car and occupants will seem be harmoniously happy, and you’ll briefly forget about all the other shortcomings. 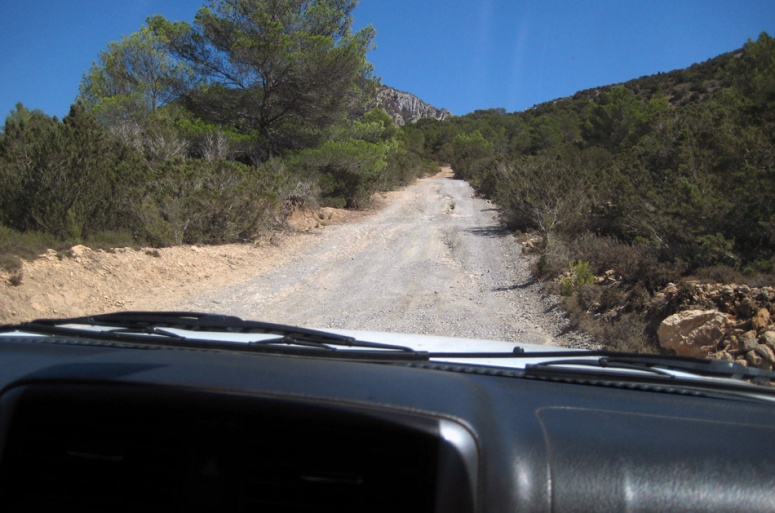 Spotted for the rest of the holiday:

The most ominous-looking car park; the cars you’d see bad guys use in films chasing after you with AK’s….. 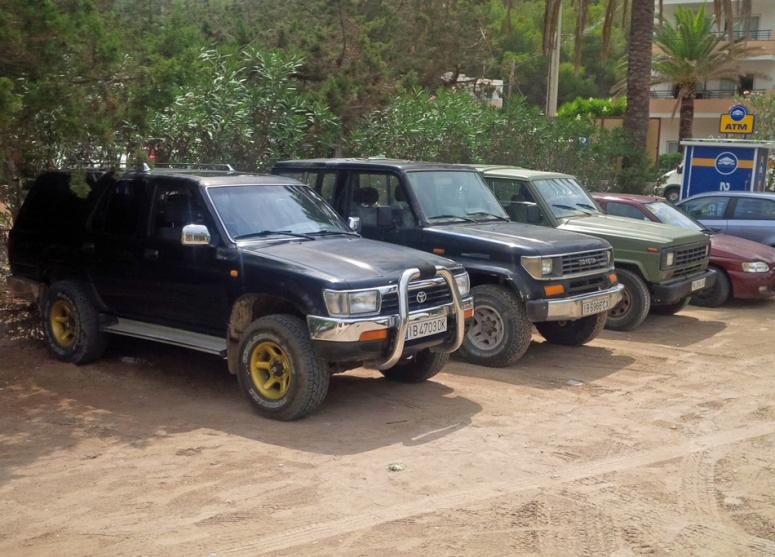 Check out the riiiiimz on this Cadillac Escalade.

We found a Wrangler eventually.

May have been a bit guilty Defender spotting out here…

Whatever this is, it’s on Citroen 2CV wheels! 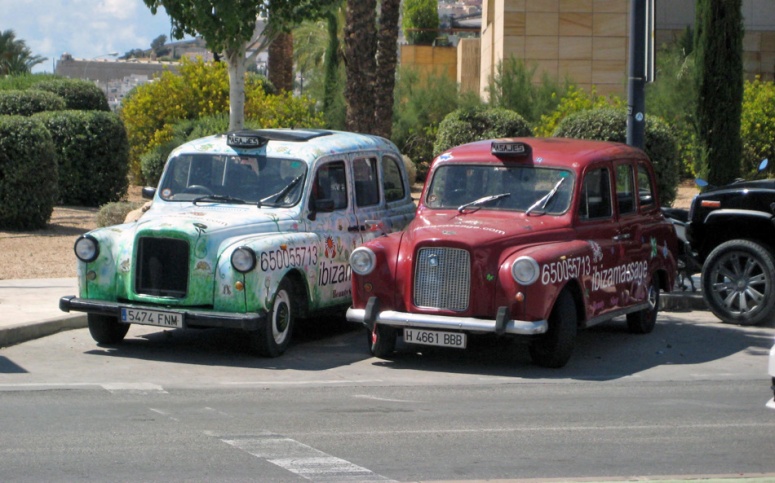