Despite all the high praise circulating around the media with this engine, you still find yourself explaining to others why you’ve decided to go for a tiny 1.0-litre 3-cylinder…
Despite the stats like those below, there’s still some apprehension towards how soon an engine this small can struggle – even with the help of a turbo.

It’s been pretty impressive though and, whether you feel right about announcing them or not, there are some bragging rights with this output. Never mind the 138bhp matching many an engine up to a 2.0-litre back in the day, but the 138bhp/litre figure is 13bhp/litre more than both a Ferrari 458 and a Bugatti Veyron.

Personally, I’m not entirely sure how often I’ll use these though, as it sounds a bit like small-man syndrome… perhaps a bit Tom Cruise-esque.

Being a whole 3PS more than the Defender, I wasn’t particularly tempted with the idea of having one with the standard 125PS output. First World Problem I know, and I acknowledge I’m ignoring everything else with this headline figure – but it’s still not much of a power upgrade! With the 140PS version now available on the Zetec S though, it sweetened that decision much more easily!

Sifting through Ford’s brochures, the performance differences are incremental:

I’m pretty sceptical with that last figure though as the difference can’t be that great mid-range – I’d take one of those times with a pinch of salt!

Nevertheless, this engine has been far more capable than I was expecting. During overboost the 155ft lb torque matches the 1.6-litre diesel variant, while the standard 133lb ft for the rest of the time is already +21ft lb more than the defunct 1.6 Ti-VCT petrol.

I’ve had no such problems with the performance so far and the engine can handle the weight of 4 people loaded up no problem – something the diesel was fine with, but not so much the old 1.6-litre petrol unit!

It’s very easy to drive, and with a very low clutch biting-point it can be driven like a diesel.

With plenty of torque and a tiny engine to work with there’s very little lag.  In fact its pleasantly surprising how high a gear you can be in and come out of it fine – the engine doesn’t get bogged down and it’ll pick up cleanly from low revs with hardly any issue; there’s with very little of that 2nd-gear, low-speed judder that the 1.6 petrols (ST inclusive) suffer from.

Its not fast outright, but it’s enough to suit the Zetec S nature and it’s undoubtedly better to drive than the last 1.6 Ti-VCT. That said, despite the engine punching far above its weight it doesn’t result in explosive power/torque characteristics either; it’s worth revving out the engine, but there’s not the frenetic pay-off towards the redline you’d used to get. Rather then scrabbling and chasing down back roads, it’ll progressively surge through them – it’s definitely a more friendly driving experience than one that attacks and ensues butt-clenching.

The headline 0 – 62mph of 9.0seconds isn’t exactly slow, but it’s still too long in my mind given the power output in a car this small. Even the previous Metal / S1600 variants with 134PS and a torque deficit reached 62mph in a quicker 8.2 seconds. 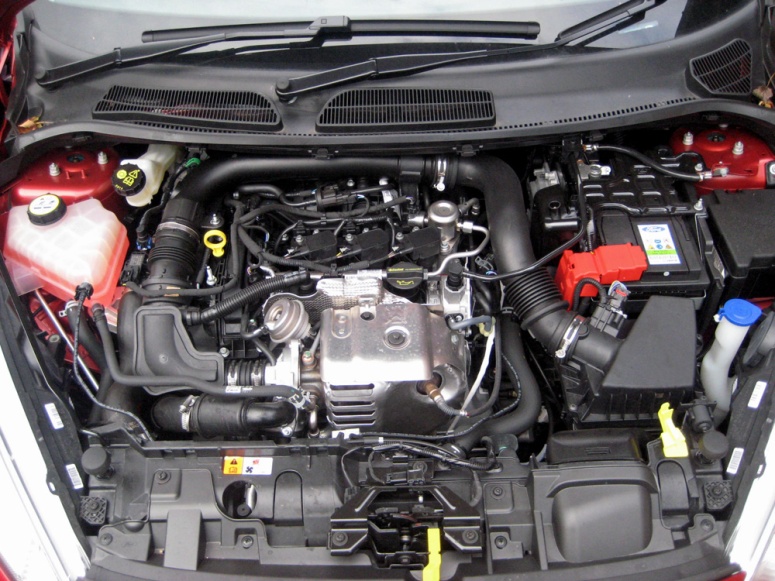 Yes, the mid-range performance is significantly better now but I can’t help thinking there was more to be had. Would it be treading on the toes of the ST perhaps?

OK, so with the long gearing and slower buildup in revs means it doesn’t feel as quick as it should – I’ve heard that Kia’s / Hyundai’s equivalent is a bit more sprightly and free-revving in nature – but compared to the old 1.6-litre units installed, there’s much more appreciation to be had with the accessible mid-range performance in everyday use.
I do miss the rewardingly manic change in characteristic from the old 1.6-litre higher up in the rev range, but ultimately it was more difficult to reach and disappointingly lethargic everywhere else.

With an average of 43 – 48mpg at the moment I’m already reaching the ST’s official claimed figure without really having to try. If I am trying hard I reckon I’ll see it in the 50’s but for now, I’m having my cake and eating it – the diesel variant is pretty much redundant now in my books!
This transmission could do with a 6th gear for cruising but for a car this small and light, it’s arguably eco enough as it is.  Shame it wasn’t installed to shorten the other gear ratios though…