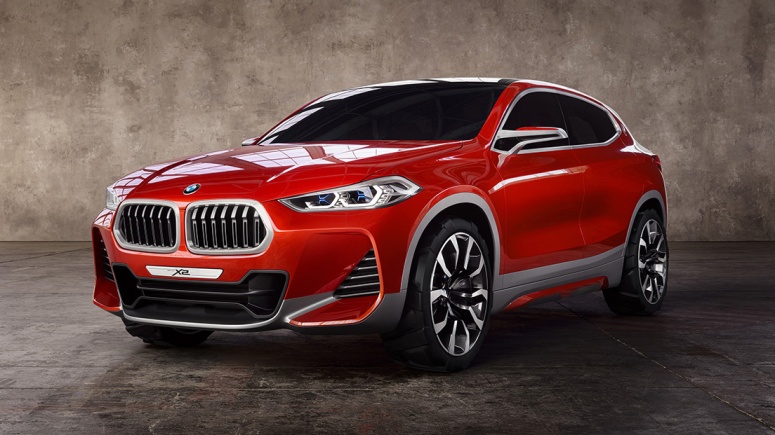 Feast your eyes on this: a sporty BMW SUV that might not actually burn your pupils…

Wearing an even-numbered badge at the rear, the X2 will continue the theme of being one of the sportier SUVs in the BMW range along with the bigger X4 and X6. The odd-numbered X1, X3 and X5 will continue to be the more conventional and practical-focussed SUVs.

The X4 and X6 have certainly been an acquired taste but the X2 may be about to change all that.

We’ll be keeping up to date with the X2 as it transitions from concept (above), to reality (below).

What’s the point of the X2?

Bringing affordable access to the low-roofed variants of the BMW SUV range, the BMW X2 forgoes the jacked-up saloon styling at the rear for something a little more aesthetically-pleasing.

As well as a reshaped rear, the face has also evolved into a new look. The headlights look even slimmer – hinting at the space-saving LED technology installed within them – and the trademark ‘kidney’ centre grilles have expanded further in size. 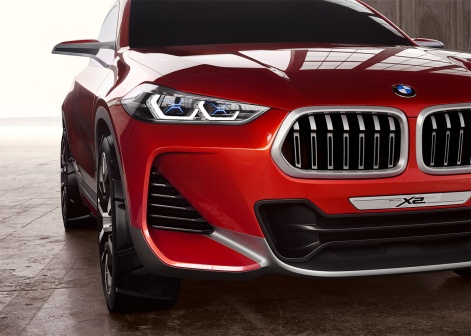 The lower air apertures on the bumper now cover more than half the height of the bumper.

Get used to the face below though, as the slim lights and cocaine-addict-sized nostrils will be the future look of upcoming BMWs. The slim, slightly squared-off LED DRLs have already made their way onto the 2017MY range of BMWs. 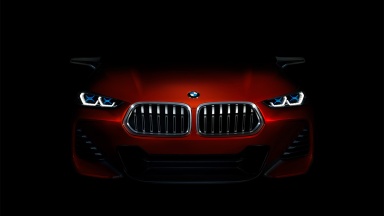 Despite the sporting focus as an odd-numbered X car, there’s still plenty of chunky grey body cladding lower down, although judging by the light-grey colour we can’t decide whether this has been done for a futuristic effect, or whether BMW are suddenly struggling as much as Toyota to create faux-metal silver paint.

The side skirts certainly caught our eye. The bumpers and cladding is typically black on all models but the Frozen Grey on the M Sport X appear to add a lot of weight onto the bodywork; perhaps even a tad aftermarket. 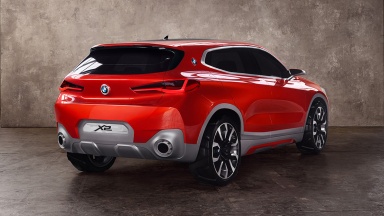 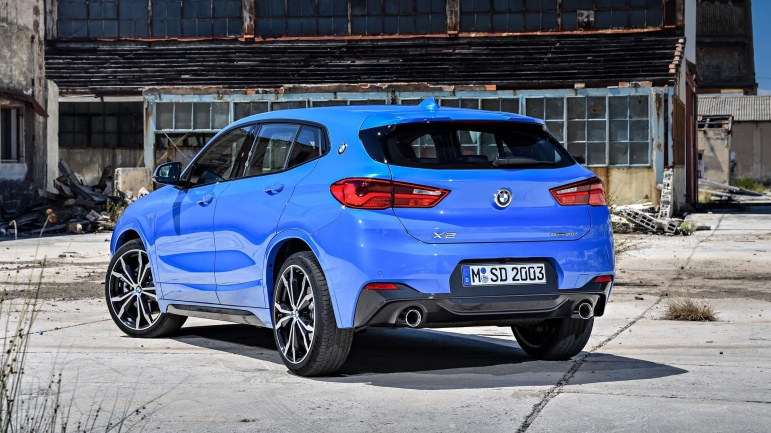 The short rear overhang and angular tailgate may be a break from the bigger X4 and X6, but the X2 continues the tradition of having a low roof line with the rest of the range.

Is it bigger than the X1?

Not really. They both share the same wheelbase, but the BMW X2 is actually 2cm shorter and over 7cm lower than the BMW X1. Is it just us or is there something about a Hyundai Tucson about the rear?

That said, the squinting rear lights resemble a slimmed-down version of those units fitted to the current 1 Series hatch and 6 Series Gran Coupe in shape. 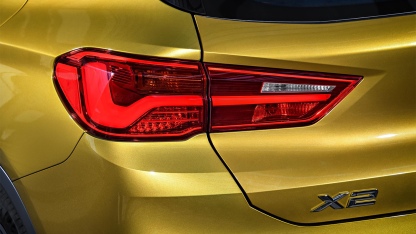 It’s currently too soon for the full specification details on this small SUV, but the production version is expected to arrive in showrooms by early 2018.

There will be four models available in the BMW X2 range, including: SE, Sport, M Sport and M Sport X, with the entry-level model priced just below £34k.

SE models come with 17″ wheels as standard, while M Sport and M Sport X can be fitted with larger 20″ rims.

The choice of engines will expand with an sDrive20i, sDrive18d and xDrive18d in 2018. The sDrive and xDrive badging represents the front- and four-wheel drive options respectively. 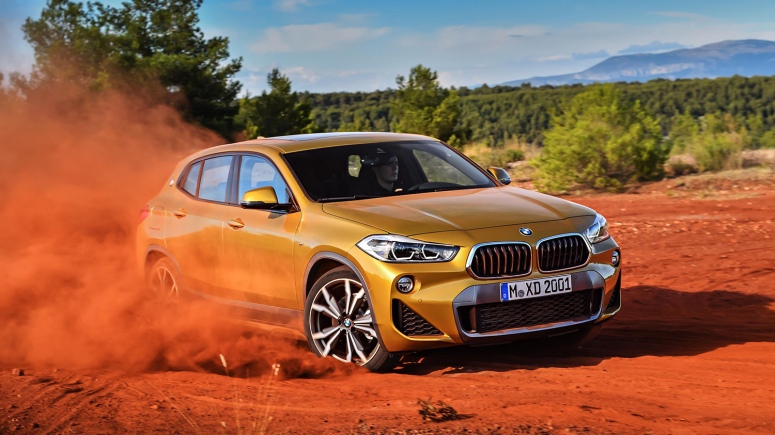