The first thing you’ll notice with the latest 5-series is how big it is in size.   Since it’s now based on a shortened 7-series platform, there’s no doubt that it’s quite simply grown towards a car from the next category upwards. The last-gen 5-Series suddenly looks skinny and more athletic in comparison, if perhaps a little slab sided now thanks to the new ones shoulder-line crease.

There might not be much of a shape to this 5-series, and it may not look particularly exciting, but it’s certainly an improvement on the last generation. Although the last E60 did age quite well over the years (in my mind at least), this new one is much easier on the eyes; it certainly won’t take as much time to get used to!

This goes for the Estate as well, although don’t get us started on the GT…

Have they toned it down too much? We did love the detailing with the LED strips in the rear light clusters on the E60, yet somehow these don’t look as special any more. 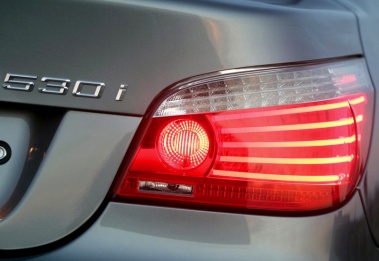 The M Sport package brings lower bumpers, side skirts and a rear diffuser. Fog lights are also included and the window line / door pillars are gloss black. We had the optional boot spoiler fitted here.

18″ wheels are standard, but we’ve gone for the upgraded 19’s which, amazingly, can still look small thanks to the sheer amount of bodywork sitting on top of them.

We were surprised to see the twin exhausts too and so it’s not blatantly the poverty-spec engine – unlike for some whose single pipe usually gives them away.

Open up the big doors and you’ll spot the ‘M’ sill tread plates, silver trim, the Anthracite headlining and a sportier steering wheel. 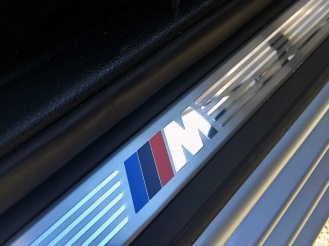 The rest of the standard interior does a more convincing case of function over form – for those up front at least. The familiar full-width slab housing the air vents is still here, but the dash avoids looking typically bare.

The upgraded screen is just fantastic and you wouldn’t realise until having had one just how much more useful it is. iDrive has improved and still requires time to get used to, but we weren’t put off by this.

There’s obviously less visual drama in here compared to the XF but, as with the exterior, we can understand the attraction of just having the fundamentals in place – simply having a bigger screen with better software functionality is perhaps a less distracting, and hence a less stressful, way of handling your journeys.

Sitting in the rear is bit more mundane though and, given the amount of space available, it’s still pretty dark in here. The solid plastic map-pockets remind me of being on an airplane, and the overall impression is of a pretty monotone, plastic-laden environment thanks to those plastic-backed front seats and large door cards. 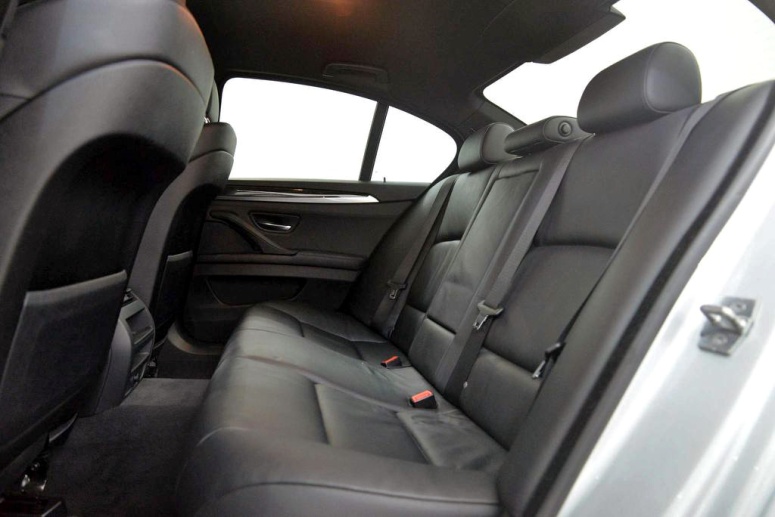