There’s no doubt the sales success of the Audi TT has primarily been down to the way it looked, but following the launch of the new Mk3 Audi TT this summer, there’s been much anticipation over how this incarnation will drive.

Until that soon gets confirmed by the reviewers, I couldn’t help but notice the interior of the Mk3. Audi’s are known for making great interiors, but personally, I think their design has gone a bit stale as of late (A3 – A8 inclusive).

This time however, things seems to bring things back on track! 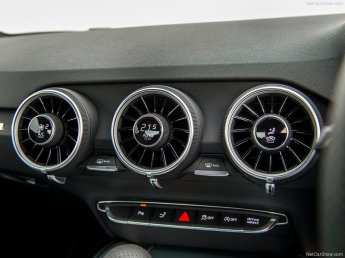 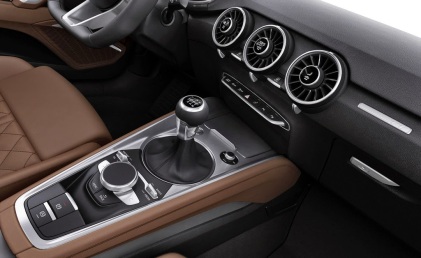 The climate control, temperature readouts and heated seats setting are now integrated into the centre of vents themselves.

Considering there’s usually just a flimsy bit of plastic here for adjusting the vanes (that usually gets broken/lost), these pictures from an Audi TT Forum show they’re pretty technical.

I was quite impressed when I first saw the temperature readout within the rotary control on a 2010+ Range Rover Sport;

but its good to see Audi taking this even further and bringing a completely modern application.

New designers maybe? Or had they gone on sabbatical?

Either way, I can’t help but envisage these vents forever pointing down though under their own weight as they get old!

Or even if they were made by a budget car manufacturer –

Anyone for some “Saggy / Sad / Droopy Vents”?