If you’re be hard pressed to notice much difference in practicality or kit between the ST and standard Fiesta (particularly the Zetec S), it’s because the ST’s interior has largely been left unchanged.

The seats are by far the biggest factor in the ST’s interior. They’re heavily bolstered and quite snug for most people but I’m quite appreciative (and perhaps fortunate), that they don’t annoy me.

They look more inviting than they might actually be, while some may ponder  whether they’ll leave with the ‘Recaro’ logo reversely imprinted onto them. 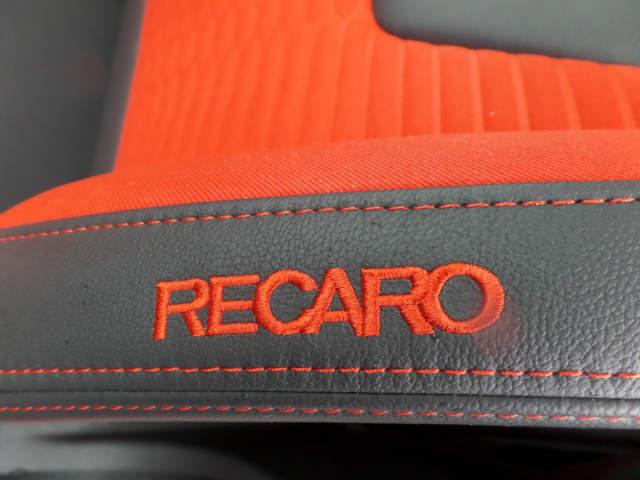 They do compromise on rear knee room ever so slightly but the ST remains just on the right side of spaciousness.

There have been some complaints about the front seat’s comfort levels on longer journeys and there is no adjustable lumbar support unfortunately.

The only workaround I’ve managed to fathom is to tilt the backrest a few degrees to cater: forward for upright and less lumbar support – which works for spirited driving – and backwards for more lumbar – which causes the back bolster to stick out – better for long distance cruising.

The seating position is typically spot-on otherwise. You are perched a little high which is typical for a car  of this size, but this late-2013 model sits a little lower than the earlier first-run models that were introduced – so it has improved.

The top of the headrest tilts too far forward though and protrudes against the back of your head uncomfortably  – which is another reason to recline back a degree for prolonged journeys. This could be annoying for those who find it brushing against a helmet when on track.

The heated seats are fab though and will toast you within a minute, but couldn’t those buttons have been placed onto those switch-blanks either side of the ESC button to free up that cubbyhole found on the standard models?

It largely sucks. The ergonomics are terrible, the buttons are hard to read and have been rearranged for the sake of looking different to the standard Ford unit.

The standard Ford unit fitted on the ST-1 is more logical, while this just looks like someone fired a shotgun at the dash and filled the holes in with the buttons afterwards. It could easily do without a few of the buttons on there.

The white backlighting from this Sony headunit also means the interior lighting isn’t very consistent throughout – mismatching against the turquoise blue of the switchgear or the red from the dials and ambient lighting.

The difference in sound isn’t as great as you’d expect either (speaker limitations perhaps); select the Sony upgrade in a Focus and that brings a more appreciable upgrade in sound quality.

An earlier 2013MY ST of ours had a version of SYNC that found it difficult to function properly. Plug the iPod in and the entire system would crash several songs later. Cycling through to the reset function in the menu did absolutely nothing.

Pulling out the fuse from behind the glovebox was the only way to successfully reset and temporarily fix this issue.

It’s certainly nice to have a colour screen, the 4.2″ size is quite small by today’s standards but it is an upgrade to the standard monotone dot matrix displays.

The gloss black does lend it a better finish and fortunately doesn’t reflect everything; street lamps have caught my eye once or twice at night but it doesn’t catch the sun or everything else that goes over the windscreen.

These are minor niggles though, considering the ST is just as comfortable and practical as any 3-door Fiesta, this means there’s reasonable space, a decent driving position and slightly compromised rear visibility.

Hill start assist works well and holds the car for ~ 1 second while you work the pedals and there was only one thing I found myself wishing for courtesy of our previous Mk3 Focus – the jet spray windscreen washers and horizontally-opposed  wipers which covered each side of the screen!

The optional adjustable boot-floor hasn’t won me over and despite hiding away the long-term inhabitants, it’s still more of a hindrance to use rather than as a practical aid (see Options).