Man, this thing just looks cool. A simple, timeless design, created by someone who’d only had a set-square to hand. It’s boxy, has masses of presence and a great level of customisation for any point.

Plus, it brings a smile to most people; it’s been described as anything but a car, whether it be a ‘tank’, ‘truck’ or ‘van’.

Dimensionally, I keep thinking that being the shorter 90 version and with a footprint not much larger than an Evoque’s, this Defender would be quite compact… but no, it’s just so big!

I still find it bizarre after you’ve looked down to press the unlock button on the remote, and then look back up at the car, you have to then look up some more to see the thing in full…. 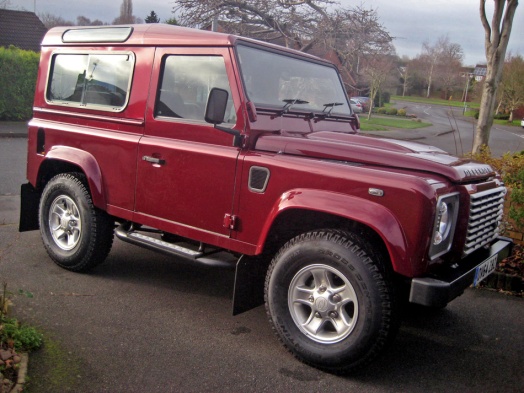 ….this is usually followed by a chuckle of disbelief that the key is pointing at such a thing too.

Parking beside faux-by-fours has been great too and, if I’m not being polite for once, it’s a nice a middle-finger towards them – especially if it’s a tragic 2-WD variant with badges indicating any environmentally-friendly intention.

Since the 2007 facelift when Land Rover were under Ford, the ventilation flaps beneath the windscreen have gone – which I do kind of miss but is something I’m also glad about; hooray for ‘proper ventilation’!

The bonnet bulge to accommodate the taller engine looks a bit out of place at first too as we’d normally associate this with ‘performance’, but it does add to the theatre. It does mean there’s no more space to mount a spare tyre on here anymore too but, since it allows the engine to be raised to keep the electrics above water while wading, we’re game. 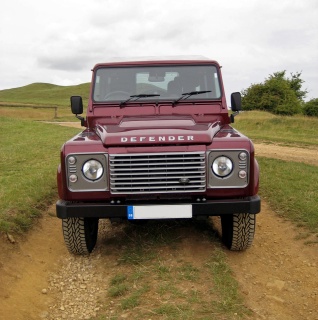 For 2015MY, the bonnet lettering replaced “LAND ROVER” with “DEFENDER”, to bring it in line with the rest of the Land Rover range. Montalcino Red also replaced Firenze Red.

The facelift introduced a sturdy, centralised dashboard structure, housing the controls and switches in a (slightly) more organised arrangement. The fiesta vents are a nice nod to the Fiesta ST that’s just gone, but that’s where the similarity ends. This car couldn’t be any more different; twice as tall, twice as heavy, twice as slooooow. 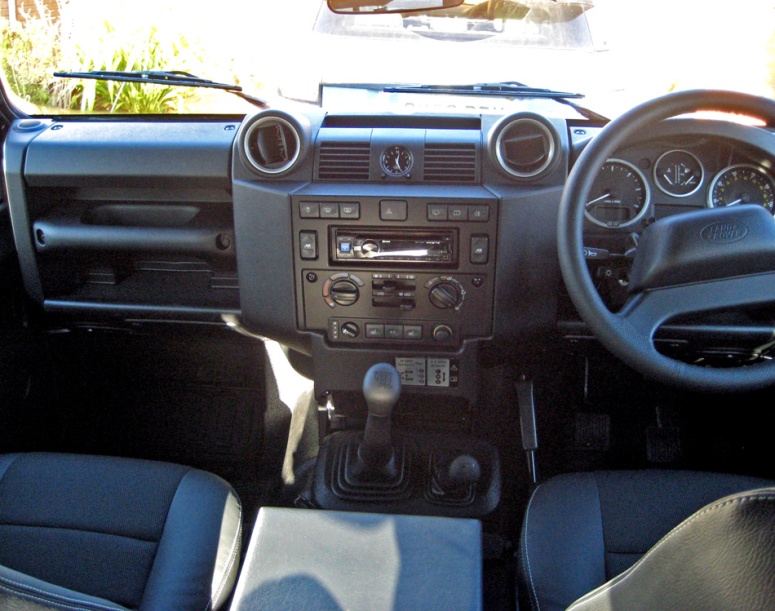 The Driver’s dials are from the Discovery 3 / Freelander 2, but funnily enough the two centre digital displays reserved for the temperature, clock and Terrain Response have been left switched off!

For 2015MY, the headlining is now black suede (really pimp). 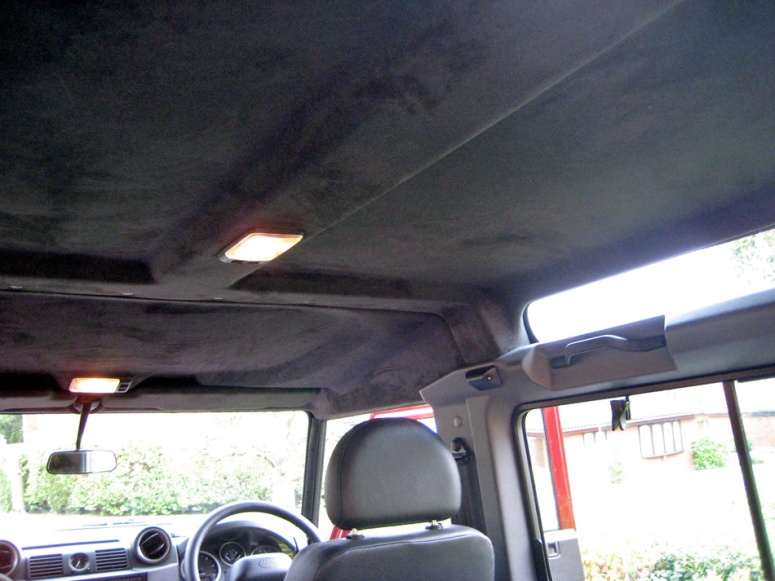 Otherwise it’s standard Defender affair here, harking back to the WWII Jeep-inspired farmers tool – from the old-school radio aerial, to the wavy body panels which normally triggers the response of:

And speaking of waves; we’ve never had a car where other owners driving past will wave back at you. It’s quite endearing and this 68-year-old design is the only car to come with a posse as part of the ownership experience.

There is a part of me that sometimes wishes ours was a bit less standard, but I usually get over that feeling quite quickly as it just naturally looks good. I did see this at the dealership though and it’s now up the road from me – it’s pretty much perfect! 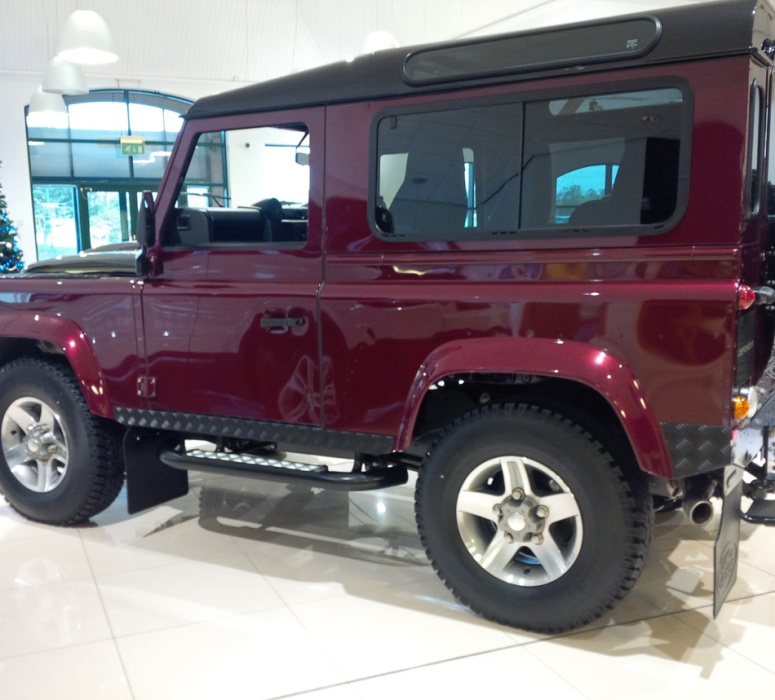 The main question is though:

Should this car be kept clean…?