Featured for Parkers.co.uk – check out the full twin test by heading to the link below:

For those wanting a sporting supermini, the Ford Fiesta ST has been a popular choice since it was launched in 2013. With a more entertaining drive and a lower list price than its rivals (chiefly Renault Clio Renaultsport 200 and Peugeot 208 GTi), this hotted-up supermini has found a spot on many people’s driveways in the UK.

In 2016, Ford introduced a limited-run ST200 version to celebrate 40 years of the Fiesta in production. However with a price of £22,895, this put the flagship hot-hatch right into the firing line of its bigger sibling: the Ford Focus ST-1.

Since the bigger car costs £22,945 and comes with more doors, more power, better refinement and, ultimately, more natural capability on the road, the Focus builds a strong case against the Fiesta.

Both cars suffer from a slight case of ‘what you see is what you get’ in their respective trim levels. In relation to the other ST variants in the range, both have limited colour choices and a sparse options list.

The entry-level Focus ST-1 is only available in four colours (red, white, black or silver), with no optional extras available at all. Luckily the ST-1 looks exactly the same as the other models in the ST range, so you’d be hard-pressed to notice. The model pictured here is First World Motoring’s daily, featuring optional Tangerine Scream paint and 19-inch wheels only available on ST-2 and ST-3 models. 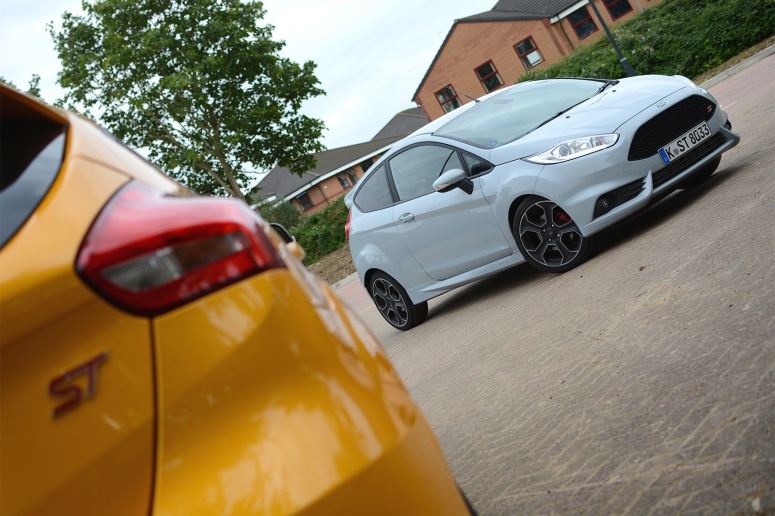 The Fiesta ST200 on the other hand has a limited range of options as it’s based on the top-spec Fiesta ST-3. You can choose any colour you like as long as it’s Storm grey, but since it’s unique to the ST200 – along with its black alloy wheels and Recaro seats – the Fiesta looks and feels a bit more special out of the two. This could be the answer for those looking for something a bit more exclusive.

A five-door version of the standard Fiesta ST was introduced in October 2016 which does not apply to the ST200, so for maximum practicality, the Focus is still the best way to go.

The official fuel consumption figure for the Focus ST is 41.5mpg with the Fiesta rather better at 46.3mpg. However, First World Motoring’s daily has struggled to beat 34mpg, while the Fiesta would just knock on the – indicated – 40mpg mark at best.

Unsurprisingly the Focus will also be higher to tax at £185 per year, with the Fiesta at £130 – the equivalent of a free tank of fuel each year.

The data over at Parkers shows how after three years and 30,000 miles, the Focus will still beat the Fiesta on residual values despite the Fiesta’s limited production run. 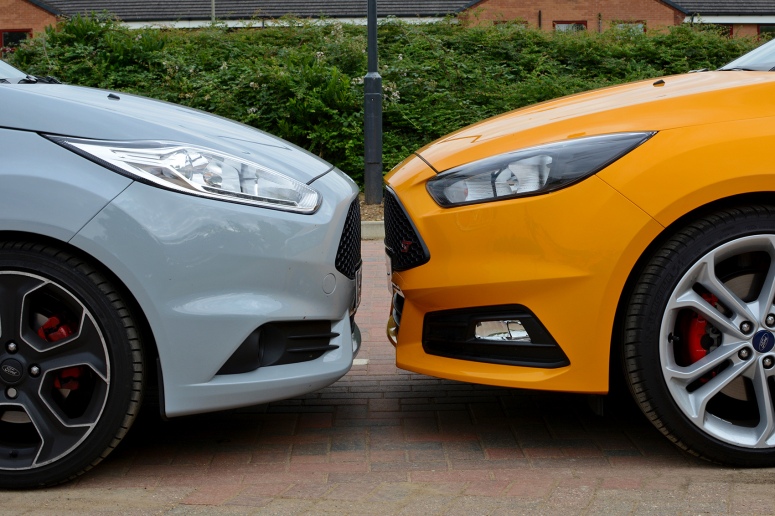 The Focus is expected to retain 45% of its price compared to the Fiesta’s 44%. We suspect the Fiesta will require an extra few years before the values begin to make themselves worthwhile.

You’ll have to head on over the link below to find out. Either way, we’ll have to start saving to get our hands on one…