Tested for Parkers.co.uk – check out the full review of the SEAT Leon by heading to the link below: 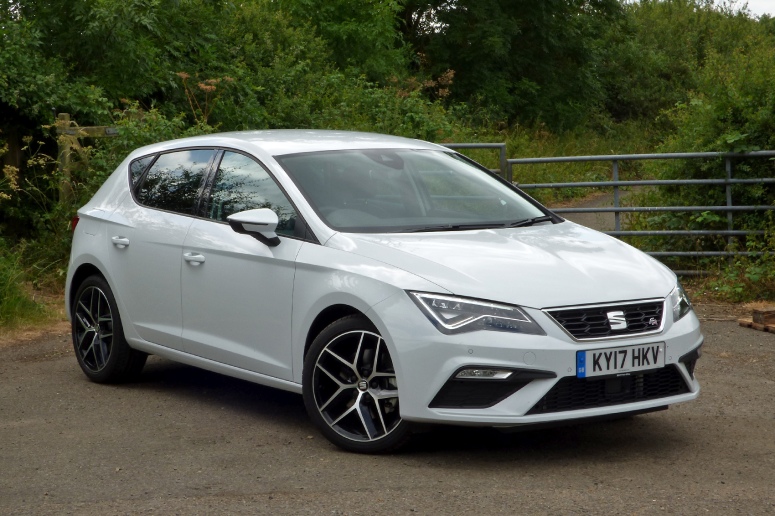 The combination of sporty looks and low running costs sounds like a winning formula, but is this what you get when you couple the FR Technology model and the most powerful diesel engine?

If you need a diesel with an automatic gearbox, this is the only one available…
Under normal driving conditions, the six-speed DSG automatic is smooth at shifting gears but seems to dull the engine’s response in attempt to maximise fuel economy.

Nudge the gearlever into sportier S mode and the engine appears to wake up a bit more. However this can make for jerky progress in town and a noisier experience overall as it keeps the engine spinning higher in the rev range. 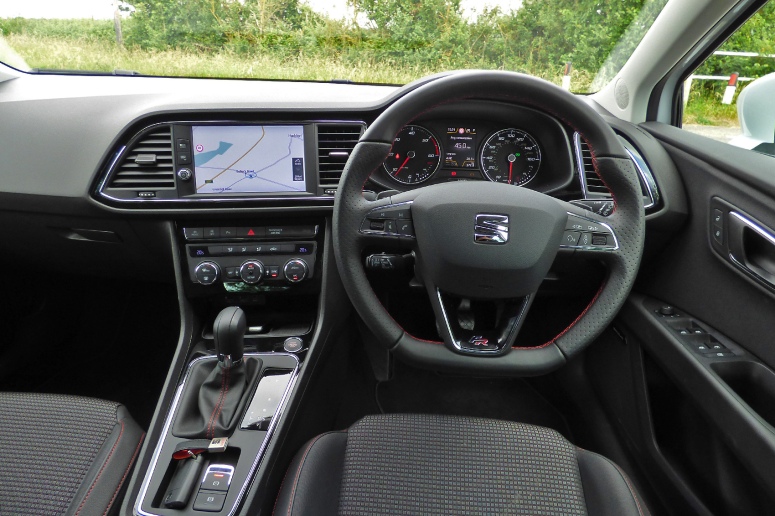 Selecting this DSG automatic makes for a marginal drop in fuel economy over one with a manual gearbox, at 67.3mpg. Road tax resides in the same VED tax band G.

For someone expecting a hot-hatch diesel, this won’t be the car that fulfils that brief.
Instead, this is a car that offers sharper looks over the rest of the range and a well-judged ride and handling balance.

The firmer suspension doesn’t make for an exciting car to drive, but one that feels more composed and a little less flustered when pushing on. The driver control weights are also too light to feel involving.

The big hurdle with this engine and gearbox choice though is its list price. For the £2,300 premium over the lower-powered 150hp model with a six-speed manual gearbox, the underwhelming performance gain doesn’t quite justify the price hike.

The £3,500-worth of options on our test car also meant that this particular Leon is knocking on for £29,000. This is still cheaper than a VW Golf GTD but pricier than both front- and four-wheel drive variants of the Octavia vRS TDI.

The 1.8 TSI petrol engine might be less economical at 48.7mpg and sit in VED tax band H rather than band G, but the initial £2,870 saving on list price will help pay towards that £40 premium in the first year. It will be more refined and sweeter to drive too.

An even better balanced choice would be the 1.4 TSI 150PS. It may have to work harder to extract its performance, but weighs in with a list price almost 20% cheaper, comes with either a manual or DSG automatic gearbox, sits in the same VED tax band and claims to achieve 57.2mpg,.