As I left work tonight, I ended up being sat behind one of these beasts waiting to exit our business park….

Since it was already pitch black, and with the car being grey, that thing was pretty much in stealth mode.

But the rear wing on the top (which I believe is part of the ‘Aerodynamics Pack’?) – pretty much gave it away that this wasn’t a regular A-Class, even at night!

As exciting as this rare spot was, there was one aspect that stuck out for me though:

In all fairness, it was the brightest thing that I could see really, but the shape of them when they’re switched on were just plain odd! 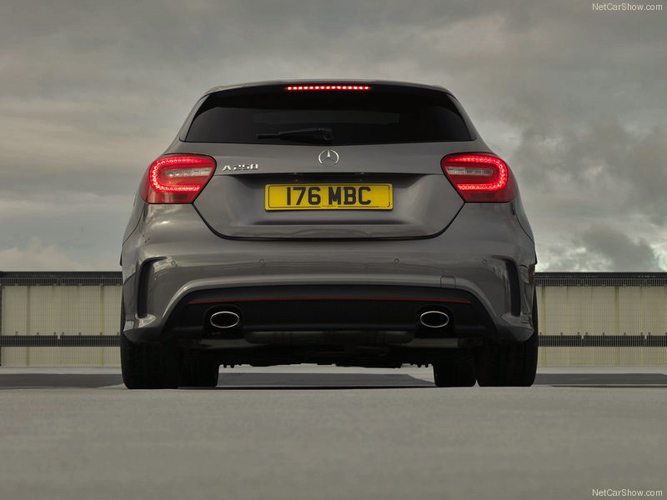 And then it hit me –

Obviously, there are bigger problems with the car than just rear lights;

But despite those though, I’m not trying to take anything away from the capabilities the A45 – if it wasn’t stationary I wouldn’t have been able to get that close to it for a start!

And before I forget, at least the A-Class doesn’t resemble one of these shameful things any more:

But now that I’ve associated it, I can’t unsee it! This hippo….This twin clutch, turbocharged hippo.